COVID-19 Alert **Text HOOVERCOVID to 888-777 to sign up for text alerts.** Click for MORE INFO: BUSINESSES and INDIVIDUALS. 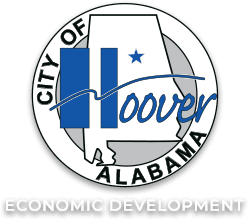 Hoover residents have immediate access to world-class healthcare.  There are 11 hospitals in Jefferson and Shelby Counties, where Hoover's city boundaries span.  Two of the most notable facilities include the University of Alabama at Birmingham Hospital and Children’s of Alabama.

See a map of area hospitals.