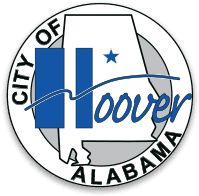 The Hoover Historical Society Folklore Center is located on the campus of Bluff Park Elementary School in Hoover, Alabama. The Folklore Center buildings and grounds were dedicated on November 9, 1997, to help children learn about history and to stand as a reminder of the lifestyle of our grandparents. The setting is primarily early Alabama in the 1840s. Period furnishings, equipment, and construction are used whenever possible.

The focal point of the Folklore Center is the authentic two-story house of hand-hewn logs, known as the Stinson Ole Place. The house originally stood in rural Shelby County off Highway 25 between Columbiana and Wilsonville, Alabama, on a wooden plank road called the Columbiana Turnpike. The turnpike was the route for the stagecoach line from Georgia through Alabama. The house was built by the Hugh Acey Mack Stinson family in the 1840s, and at least three generations of Stinsons lived there until 1946. Over the years the house grew with its families as rooms were added.

In 1953 a tornado struck the house and destroyed everything except the original log structure. The family repaired the damage, but did not rebuild the additions. They kept it as a place for family picnics and overnight camping. The house remained in the possession of the Stinson family until it was donated to the Hoover Historical Society. The family members felt that this was the best way to preserve the house for future generations to see and enjoy.

Under the leadership of Hoover Historical Society member Jack Crouch, the house was dismantled, log by log, and rebuilt on the Bluff Park Elementary School campus. The house has half-dove-tailed notches, and each log had to be reassembled exactly as it was found. The house's tin roof was replaced with a more authentic cedar shake roof, and the brick chimney was replaced with a natural rock chimney and fireplace similar to the one the house originally had. Rotten areas, such as those found on the porch, were replaced with 100-year-old timbers from other structures. As the house was being dismantled, Mr. Crouch and member Charles Shelby discovered a cache of old pennies under the threshold of the house's front door. In the old days, coins were often placed in houses under construction to symbolize good luck.

The house was furnished with items donated by members of the Hoover Historical Society and by funding provided by the City of Hoover. Inside the house are authentic items including cooking utensils, a spinning wheel, pottery, a churn, quilts, tools, rope beds, and rocking chairs.

The Folklore Center has a number of interesting outbuildings and structures. There is an outhouse, watering trough, spring house, plumping mill, smoke house, corn crib, and small barn. The house is surrounded by a split rail fence, and a boot serves as a rural mail box.

A video on the dismantling and reconstruction of the log house is available from the Hoover Historical Society Library. For information on hosting school or civic events at the Folklore Center, contact the Hoover Historical Society at info@hooverhistoricalsociety.org.
PAY ONLINE
Notify Me®
GIS mapping
Parks & Rec
My Hoover Connect
Municipal Court
Jobs
/QuickLinks.aspx
View All
/FAQ.aspx
View All
/QuickLinks.aspx
[]